Monkey escapes from painting to surf web!
It’s a Gallery Invasion by Skullmapping.

Yes, it is possible that paintings in an art gallery come to life. Did you see the video that is going viral on social media? More than 20 million views already!

It all started at the beginning of this year during the ISE 2016 when Filip Sterckx and Antoon Verbeek from Skullmapping approached Dynamic Projection Institute and told us they were fond of our Mirror Head system. We were all on board for a new adventure to try-out something that had never been done before.

The next steps for Skullmapping were to become familiar with the new possibilities offered by our tools, decide on an innovative concept and create animations. The original idea was to create an animation where a miniature burglar breaks into a jewellery shop, but as Antoon has his own Art gallery they knew there would be a lot of trials or errors involved, so the gallery was an ideal environment for them to test and start playing with our products. 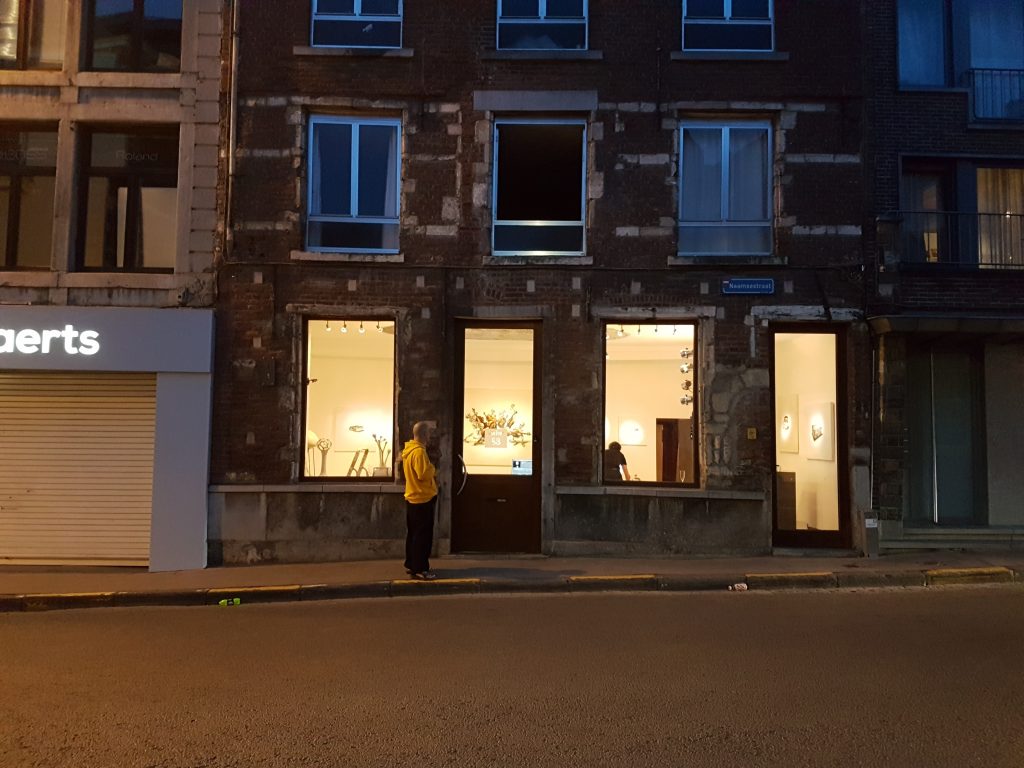 Antoon has made quite a few paintings with monkeys, so they decided early on that this would be a great protagonist because the monkey could jump from painting to painting and move around in the gallery. They then started with a previsualization, a very rough animation and then used a normal mirror to project on, which they moved around by hand to get an idea of the possible output. At this point, Skullmapping did not yet have the Mirror Head.

During an interview with Dynamic Projection Institute, Filip Sterckx explains: “I measured the gallery from top to bottom, and recreated the space in a 3D software, so that I had a digital copy of the gallery, inclusive the different paintings.” This process allowed him to visualize the project early on, but one of the challenges was to keep two characters in the same frame, as only one projector and one Mirror Head were to be used. 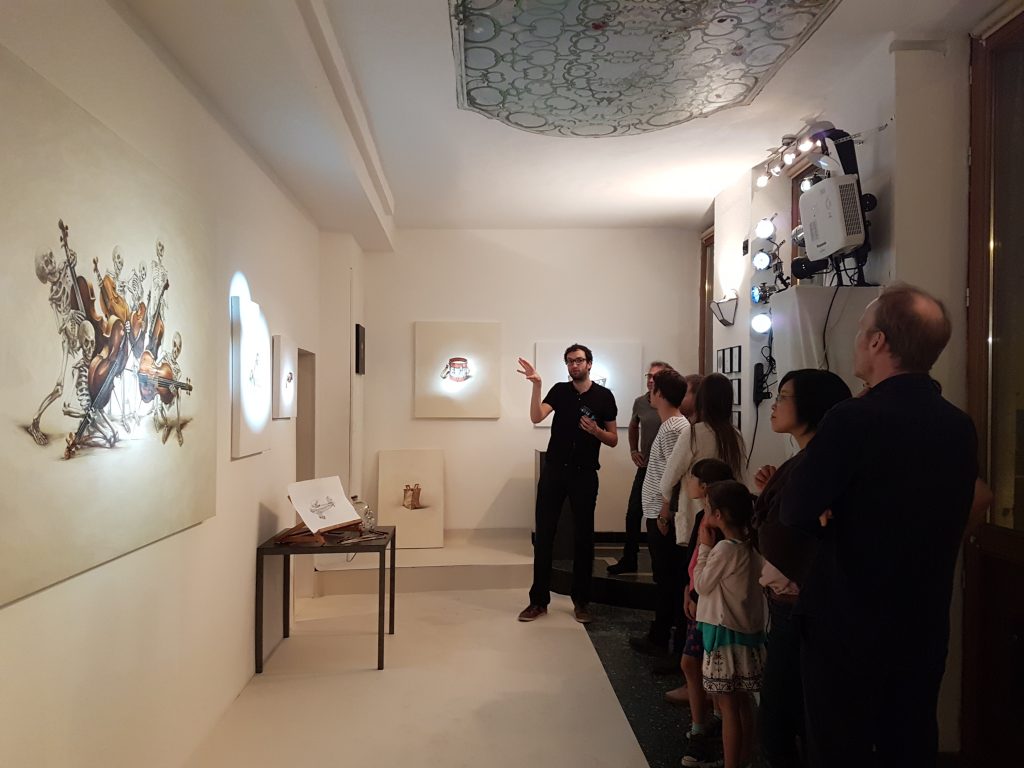 “At the same time, I didn’t want to give the idea to the viewer that both characters are ‘glued’ together, rather, I wanted to give the sensation that they could move around freely, independent of each other. I always had to watch out that they did not go too far out of each other, since otherwise they would go out of the frame,” says Filip.

Furthermore, to record the motion capture of the monkey’s movement they got in touch with a parkour free-runner and then transferred the movement recordings to a 3D model of the monkey. Once they had the Mirror Head in hand, they did the first test runs and from there on it was just a matter of further polishing the project. 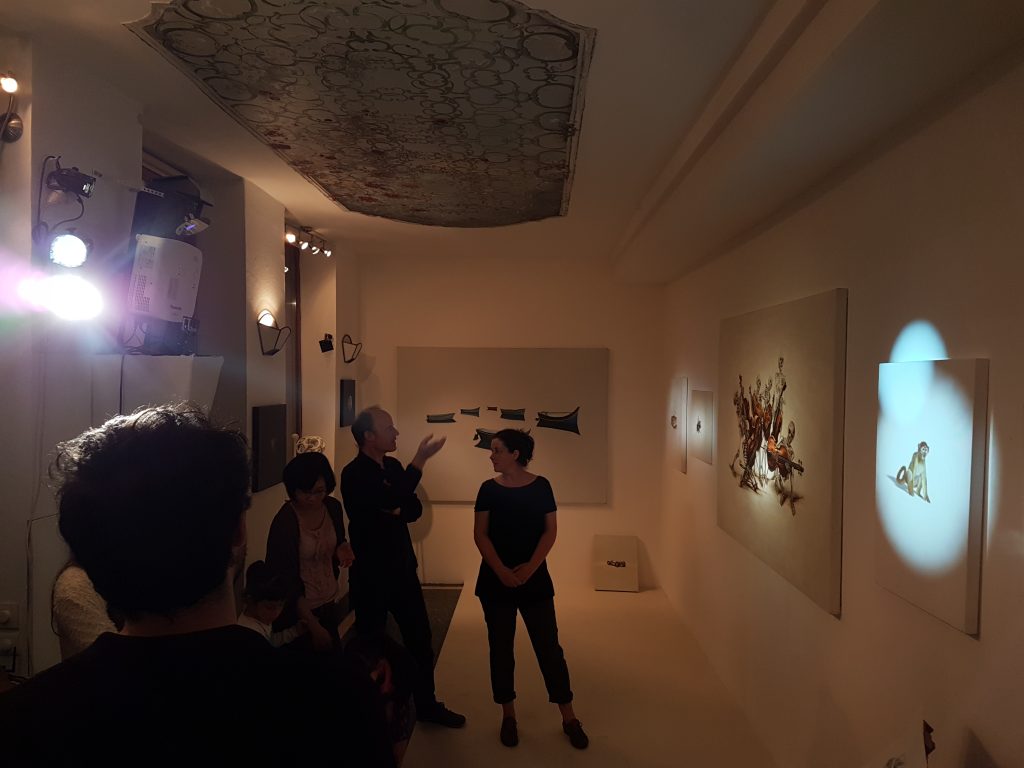 Skullmapping also used the MDC-X Media Server engineered by Dynamic Projection Institute to create this fascinating concept. Filip also mentioned, “I wouldn’t know any other software or server that can do all the things we needed for this project: mapping and controlling the Mirror Head at the same time. It was an obvious choice to work with a system that was made by the same people who created the Mirror Head.”

Technically this was a big challenge as Skullmapping had never worked with the Mirror Head before and this project also pushed the boundaries of the possible applications of our tools. For technical support during the development of this project, they were in close contact with the Head of Software Engineering from Dynamic Projection Institute, Martin Willner, who says: “Skullmapping did everything right; a good story and perfect knowledge of the technology they are using! It is so astonishing that they never had a Mirror Head and MDC-X in their hands before and then came up with such a mind blowing performance – awesome.”

Talking about the future and bringing a conclusion to this article using words by Skullmapping: “The Mirror Head is a lot of fun to plan around with and creatively, there still are a lot of possibilities that have not been touched, I definitely recommend it to anyone with an interest in mapping or augmented reality. All of us have become used to seeing mapping projects on all types of objects, but to see characters moving freely over multiple walls, ceiling and even floors with just one projector and a discreet setup is magical!” 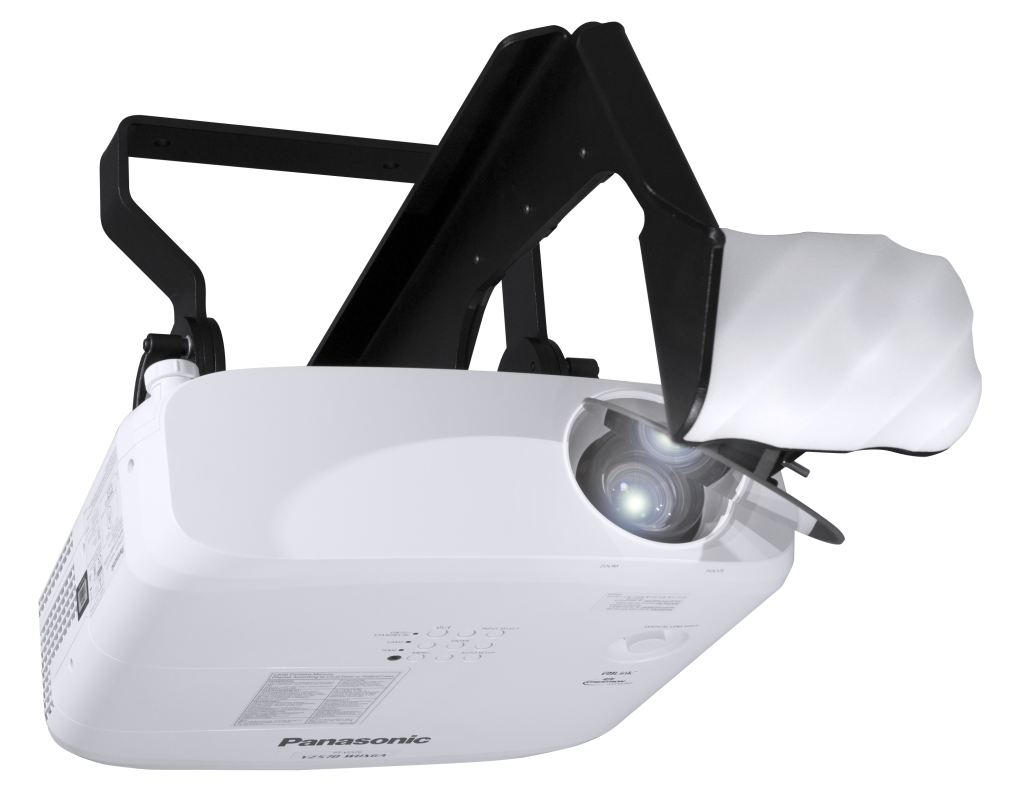