Imagine having your dinner prepared by a tiny chef in your plate, or waiting at the airport to be surprised by Cupid escaping one of Ruben’s famous painting, or even following a suspenseful fight between a monkey and an airplane inside an art gallery: Skullmapping’s creativity goes far to make the experience unforgettable.

After having created projects all over the world, they were presenting their first retrospective exhibition. The expo, “Skullmapping – Projected Art”, ran from the 18th of December 2021 to the 9th of January 2022 at the Grand Hyatt Berlin and from the 18th of March to the 5th of May 2022 in Mainz et the Frankfurter Hof. 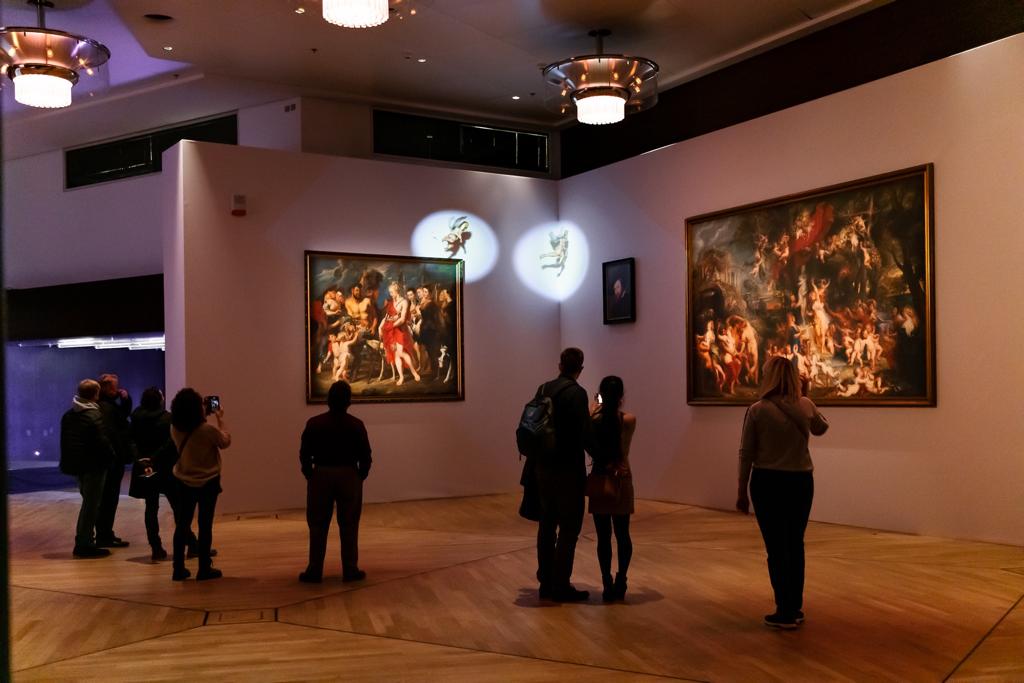 Filip, the creative director of Skullmapping, has a background in animation film and visual arts. He originally gained international recognition by creating music videos, art installations and short films. Nearly 20 years ago he started his first experiments in projection mapping. This resulted in poetic art installations in which he projects video and animation on sculptures, such as ‘Peepshow’ and ‘My Orca’.

Antoon has been working as a figurative art painter for the last 30 years, and used to have his own gallery in the artists hometown Leuven. His paintings, which are featured in ‘Gallery Invasion’, the so-called ‘Lonely Subjects’, can be recognized by their 3D illusion and funny witticism.

The two artists met each other at the Anatomical Theatre in Leuven (hence the name ‘Skullmapping’) where they created their first project. What originally started as a spontaneous collaboration, grew into a much sought after projection art studio. Light art collective Skullmapping was founded in Belgium in 2009. After working together for over a decade, Filip Sterckx and Antoon Verbeeck are presenting a selection of their artworks, large and small, in one exhibition.